The municipality of Sutatenza, Colombia is located in the Eastern Boyaca Province, 78 miles from the Colombian Capital of Bogota.  Founded in 1783, its primary industry is agriculture, although Sutatenza is also known for its aviculture, the breeding and preservation of bird species.  Through the efforts of Miami-Dade County Commissioner Sally Heyman, Miami-Dade Fire Rescue, Local 1403 and you, our dedicated supporters, ProJecto was able to secure 40 sets of bunker gear for the municipality’s small, underfunded fire department.  Sutatenza’s Mayor, Camilo Sastoque, traveled to Miami-Dade County to take possession of the donated gear and personally escort it back home. 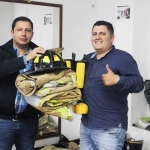 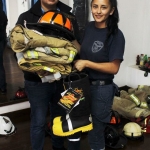 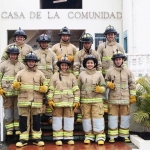 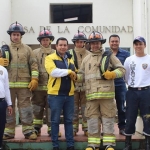 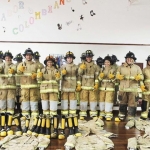